Laboratorium Rattus The Animal Within 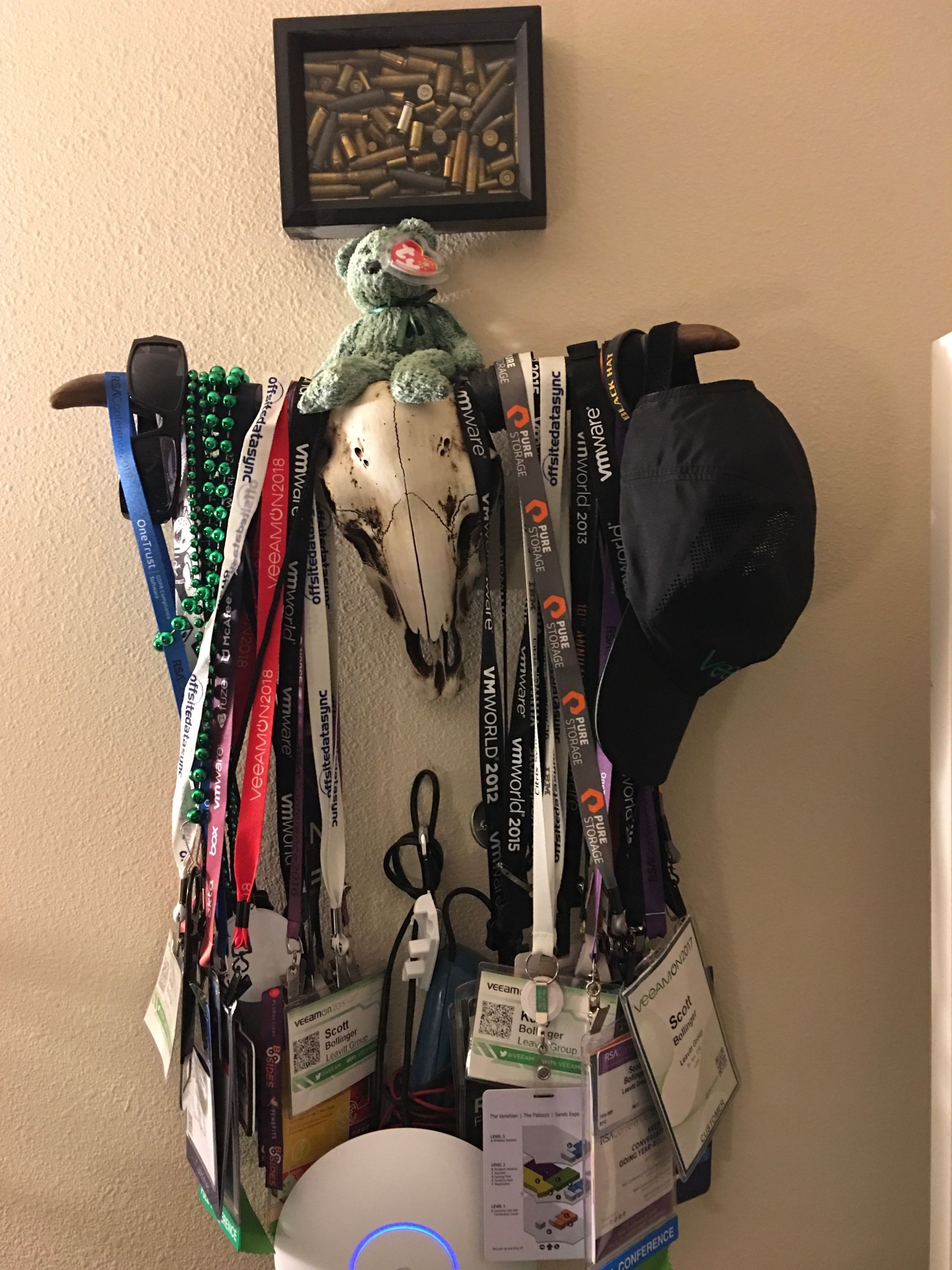 I finally had the opportunity to purchase some long awaited lab equipment. So of course, I’m going all Lab Rat, and doing a total rebuild. Making it presentable was a requirement from my personal CFO, and wife, since she still wanted to use the spare room as a Guest bedroom. A room I like to call our Guest Fear Cage. I have to admit, it was mostly a tangle of wires, topped with live equipment, piled on top of other live equipment. All surrounded by a multitude of boxes filled with wires, old hard drives, and basically junk. Yep, I said it, Junk. The same junk, always in the way of me actually using my lab. Of course, when I sorted, and tossed stuff out, that’s when I needed something. However, purchasing another cable, and saving myself the frustration of not being able to find the items needed to actually do the labs, is worth it to me. 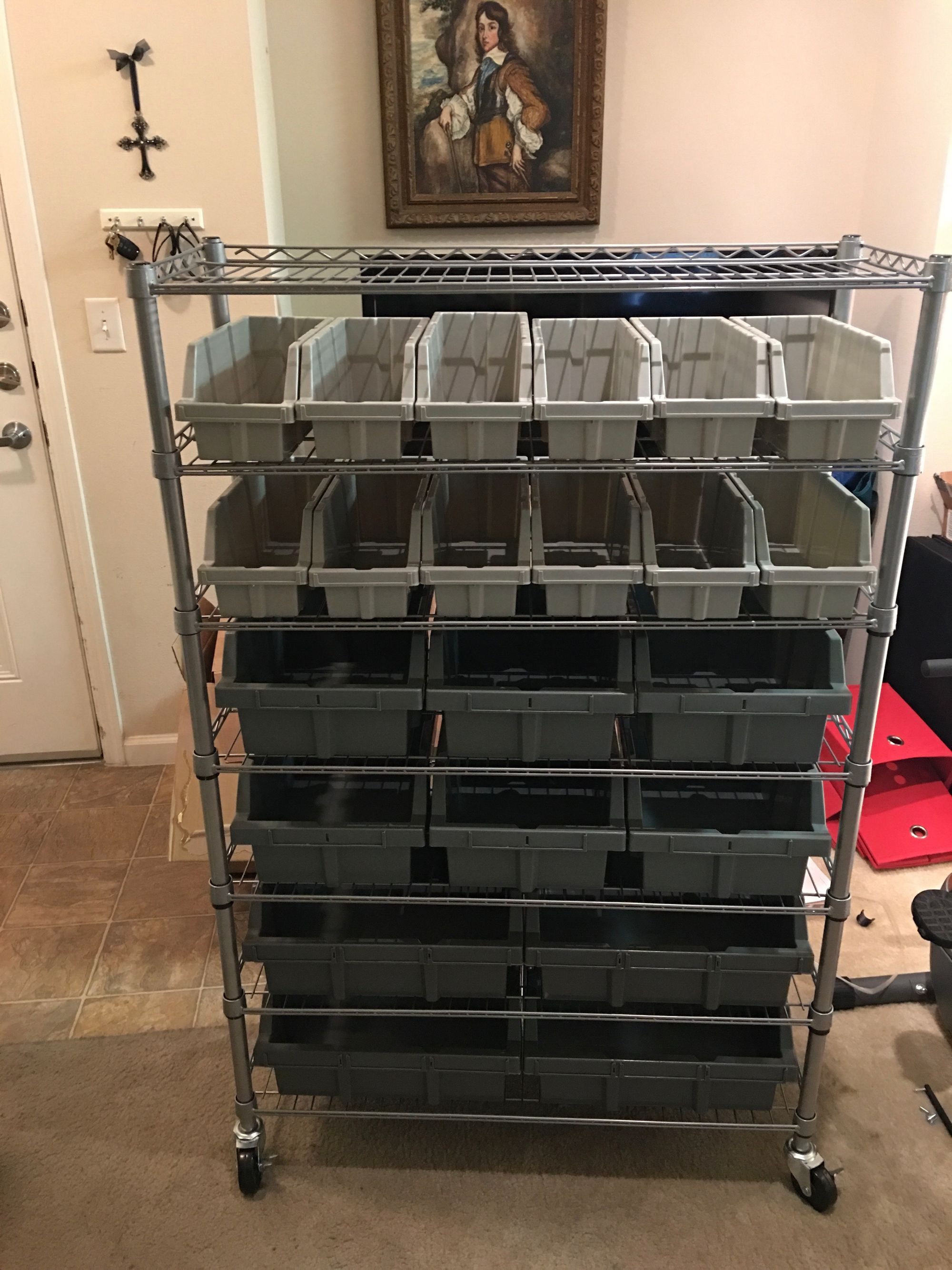 Step one was to see what all I had. Like most labs, it’s grown over time, from free equipment, to older laptops, and retired enterprise quality boxes. Side note the enterprise quality rack mountable equipment comes with a drastic increase on the electric bill that gets noticed by your spouse, pretty quick. Thus all the heavy rack mountable equipment went back to its home at work. My current lab consisted mainly of two old work laptops, and a NAS. My old DIY NAS, with external hard drives, was replaced with a nice Synology NAS last year, so I’m all set for SMB, iSCSI, and NFS network storage. My hosts consisted of my old workhorse Alienware M18X R2, a beast that weights more than my entire travel carry now. With 32GB RAM, two SSD’s, and a GPU (with space for a second), it’s served as a great powerhouse hypervisor, and password cracker. It was running VMware Workstation on Windows. The other laptop, a Yoga 900, also with VMware Workstation on Windows. Between the two, I was able to do some pretty complex labs. For networking hardware, I had a Linksys 1900AC with OpenWRT, which I used the built-in switch, and a remote wired NonManaged Netgear Gig switch. By remote wired, I mean a CAT6 run around the baseboard of the office, and through a hole in the wall into my living room. 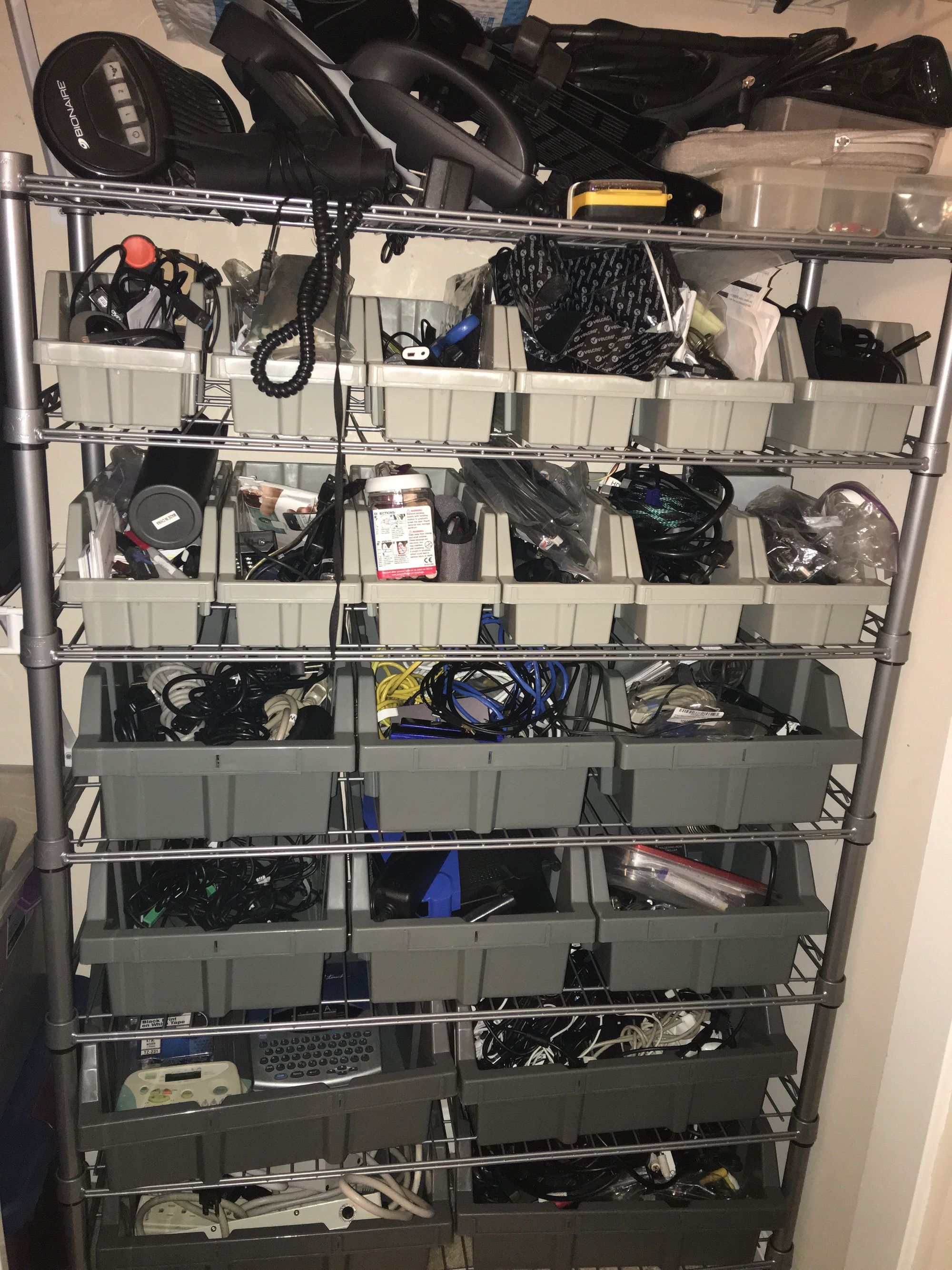 Replace the network, both wired and wireless, add new hosts, and above all else, make the lab usable. I decided on Ubiquiti Unifi switches and AP. Of course I kept the Synology for my storage, and the two laptops, but changed to Ubuntu with VMware Workstation on each with a VM windows sandbox. I needed a smaller footprint, not a rack, to meet requirement for a spare bedroom with minimal Lab overgrowth. I ended up getting a Intel NUC, loved it so much, I purchased a second. Eventually I’ll get a third to complete the cluster, but a nested third host VM will do for now. Keeping all data centralized, on the Synology, will allow me to reinstall, re-image, and automate the installation of different hypervisors on the Hosts. Changing up the environment without losing any data or configs. The End is Only the Beginning Here are a few pictures of my environment as I was wiring it. I’ll be building the entire environment manually from scratch. I’ve install Operating Systems before, created Active Directory servers, but not the current OS versions, and in a greenfield environment. 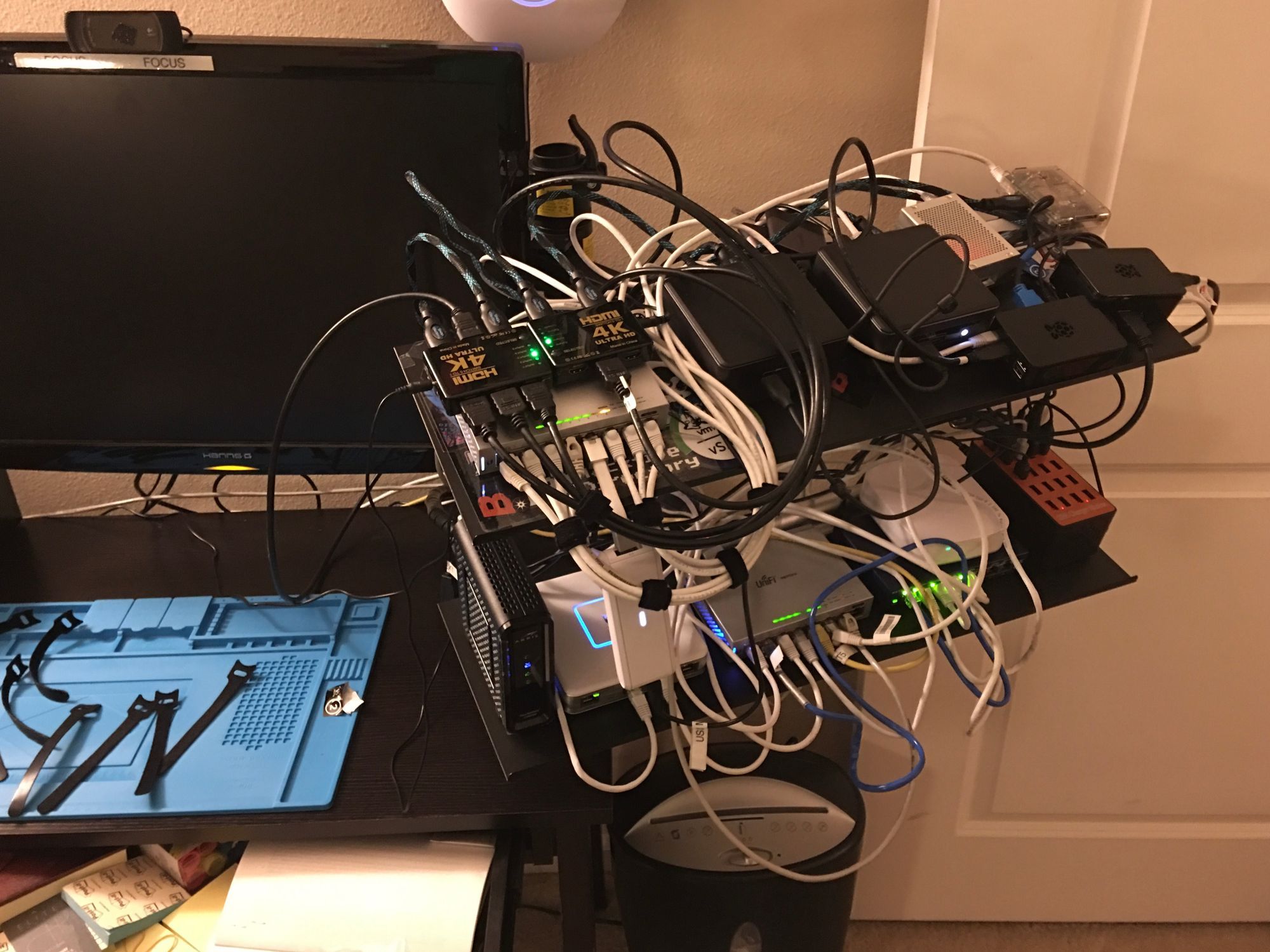 I’m going to have as much fun as possible. Go through all the settings, taking notes for future automation, and take time to note things of interest needing further lab exploration. Of course, there are scripts, even entire frameworks, that will automate lab build outs, and I’ll lab and play with those later, but now it’s time to reexamine everything from the ground up. 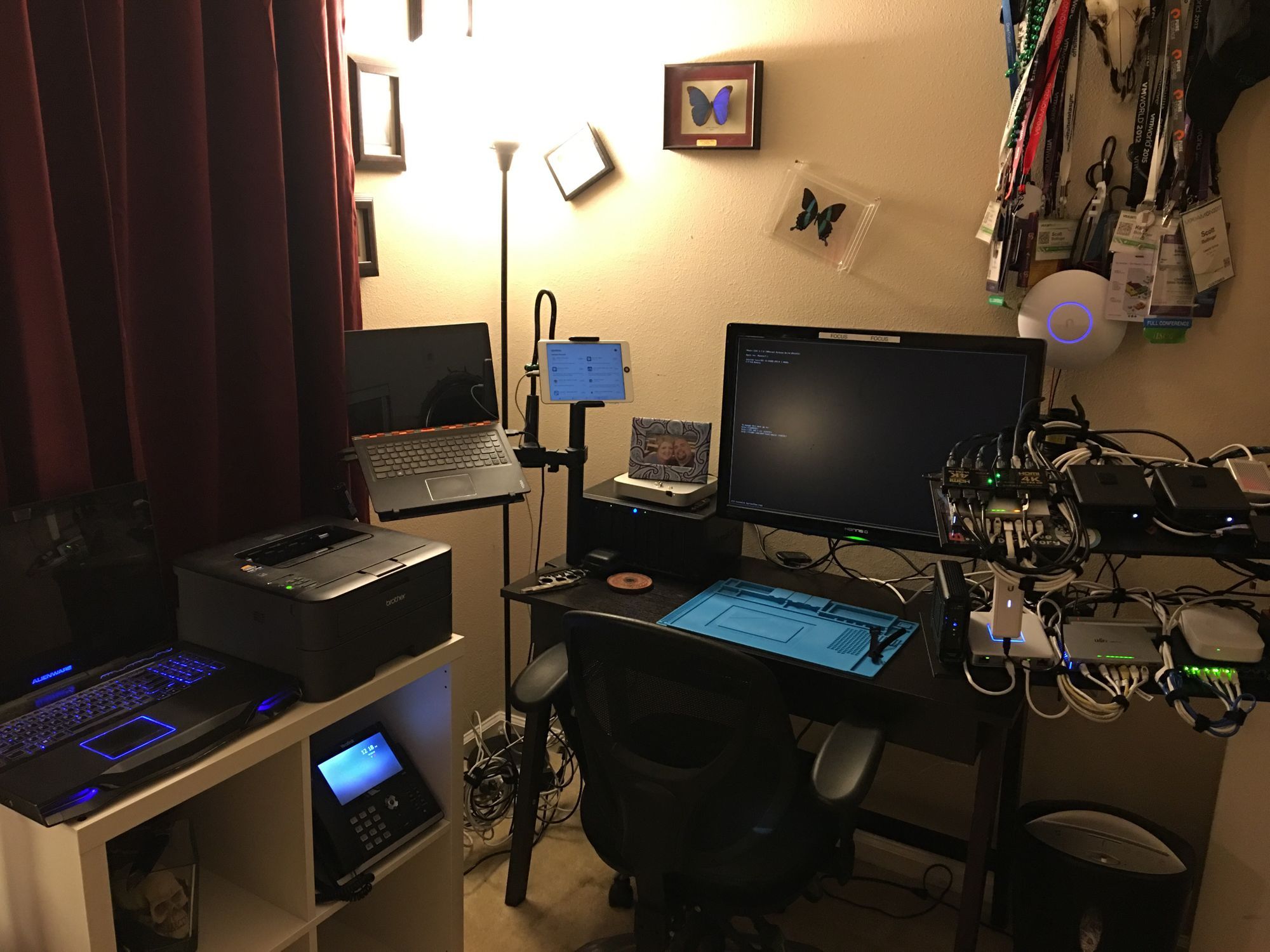 Some of the labs may seem ridiculously easy/n00b, but when was the last time you had a chance to build an entire environment from the start to finish, your way? A career in IT means always learning, and being able to reevaluate your knowledge from time to time, refresh on new versions, different products, and changes in technologies themselves. 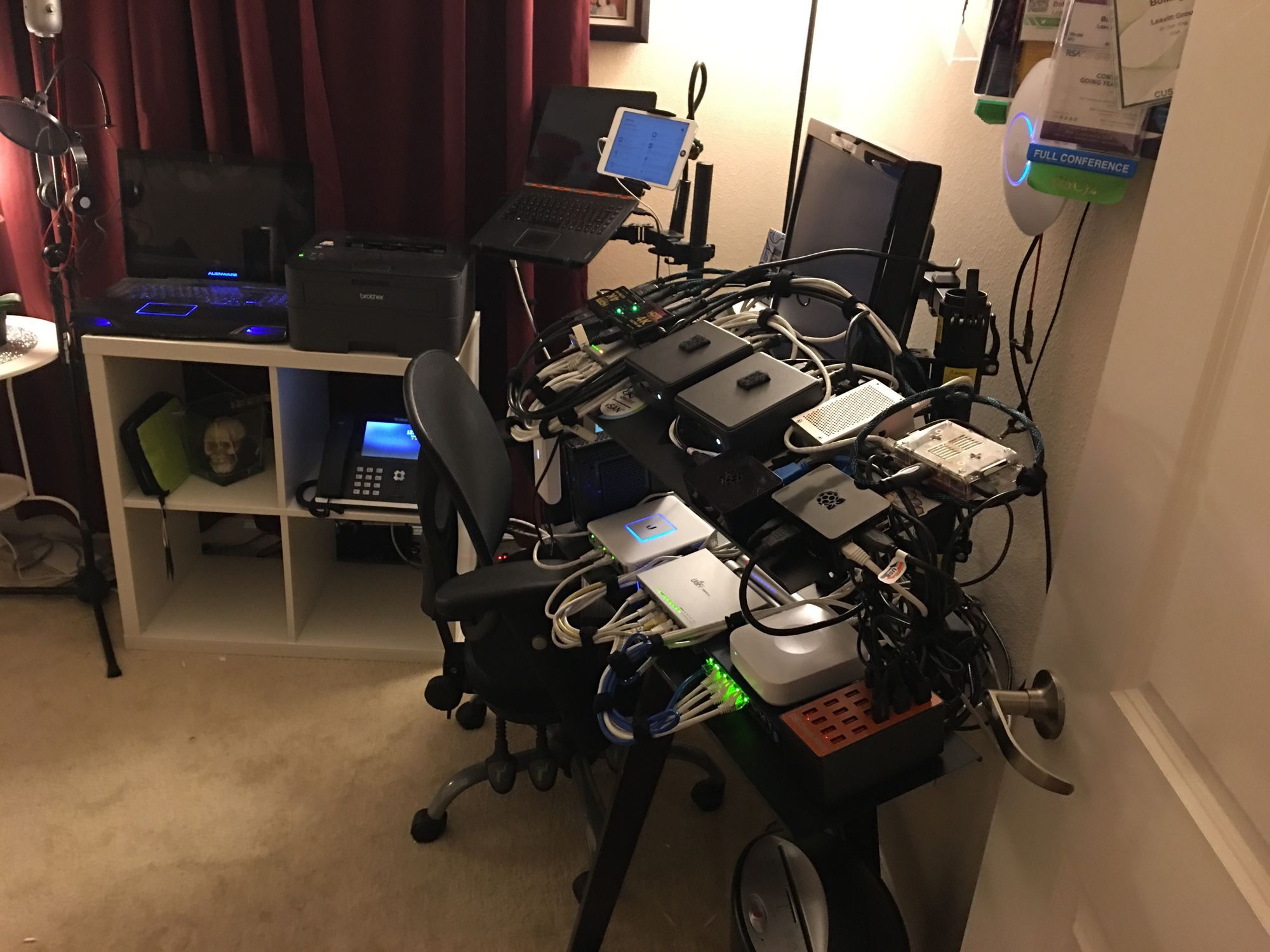 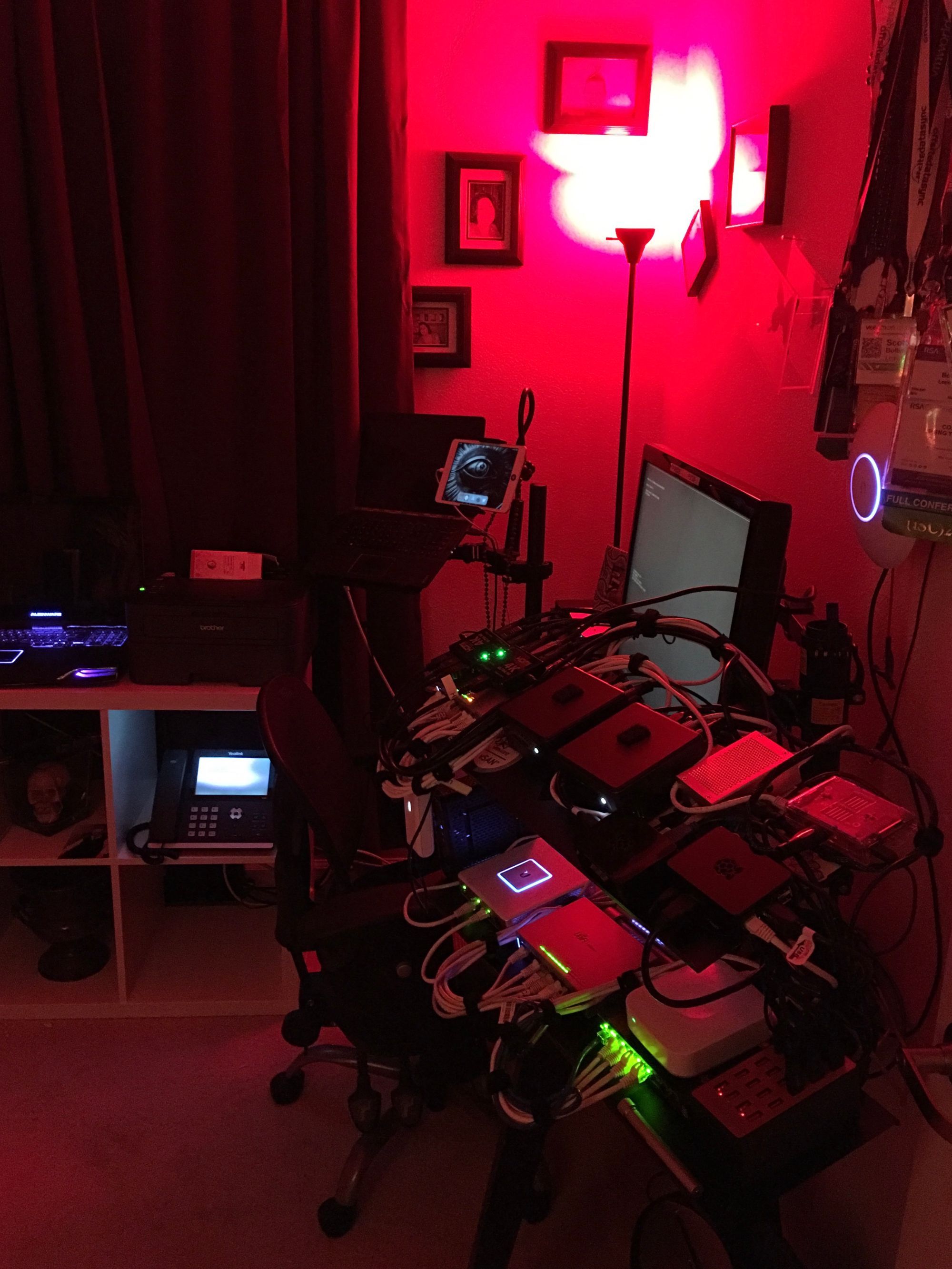 Follow along if you wish. I’ll be growing the lab, and making it more complex after I cover the basics. Don’t worry if you don’t have the same equipment. It only means you can’t have everything running at one time. That’s how I’ve labbed for years, so come and play! 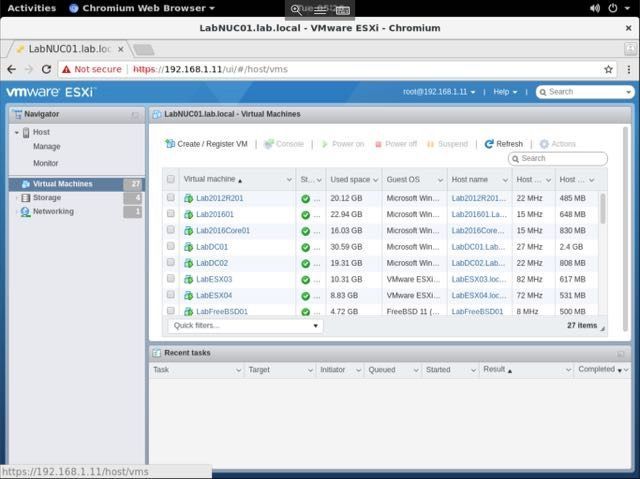